This is a custom-made version of the cancelled "Deluxe Soundtrack" for the 1980 film, "The Blues Brothers". It contains nearly every track or song used in the film, with the only notable exceptions being the "Muzak" versions of "Just the Way You Are" and "The Girl from Impanema," as well as Elmer Bernstein's "God Music" cue. All songs are presented in a high-quality .mp3 format. (More on bitrate can be found below.) Assembled by Reddit...
favoritefavoritefavoritefavoritefavorite ( 2 reviews )
Topics: Blues Brothers, Blues, Dan, John, Aykroyd, Belushi, Landis, Deluxe, Soundtrack, Cab, Calloway,...

Books in Audio and spoken word contributions by users.

Step into the real world of the spy with this detailed and unforgettable tour of the millennia-long history and enduring legacy of espionage and covert operations. While most of us associate this top-secret subject with popular fiction and film, its true story is more fascinating, surprising, and important than you could possibly imagine. These 24 thrilling lectures survey how world powers have attempted to work in the shadows to gain secret information or subvert enemies behind the scenes....
Topics: WWII, Cold War, spy, cloak and dagger, espionage, United States, Atom Bomb, Atomic research, secret...

The Odessa File  is a thriller by  Frederick Forsyth , first published in 1972, about the adventures of a young German reporter attempting to discover the location of a former  SS  concentration-camp commander. The name  ODESSA  is an acronym for the German phrase "Organisation der Ehemaligen SS-Angehörigen", which translates as "Organization of Former Members of the SS". The novel alleges that ODESSA is an international Nazi organisation established before the defeat...
favoritefavoritefavoritefavoritefavorite ( 1 reviews )
Topics: top secret, Eduard Roschmann, SS, Riga, Frederick Forsyth, Thriller, action, cloak and dagger,...

Episodes include: 84-02-14 Figures [by Colin Haydn Evans] As soon as Ann saw the house she knew it had to be hers. Its past turns out to be part of her future. So all she has to do is sit in the upstairs room - kept locked for so long - and wait... Stars Anna Massey as Ann, Blain Fairman as Ralph Symons, Jill Lidstone as Rebecca Symons and Jon Strickland as Peter Fuller. Written by Colin Haydn Evans. Director: Ian Cotterell 84-02-21 Mrs. M [by David Campton] Mrs Meadowsweet offers visitors to...
Topics: BBC Radio, ghost stories, old time radio, audio drama, audiobook, radio horror 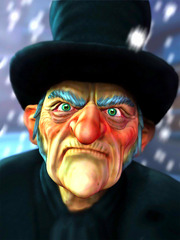 Building Technology Heritage Library
About motors: some things we may have forgotten
by Century Electric Co.
texts

Eddie Chapman was a charming criminal, a con man, and a philanderer. He was also one of the most remarkable double agents Britain has ever produced. Inside the traitor was a man of loyalty; inside the villain was a hero. The problem for Chapman, his spymasters, and his lovers was to know where one persona ended and the other began. Based on recently declassified files,  Agent Zigzag  tells Chapman’s full story for the first time. It’s a gripping tale of loyalty, love, treachery,...
Topics: WWII, World War II, Spy, Espionage, Nazi, Double Cross, Agent ZigZag

On June 6, 1944, 150,000 Allied troops landed on the beaches of Normandy and suffered an astonishingly low rate of casualties. A stunning military accomplishment, it was also a masterpiece of trickery. Operation Fortitude, which protected and enabled the invasion, and the Double Cross system, which specialized in turning German spies into double agents, tricked the Nazis into believing that the Allied attacks would come in Calais and Norway rather than Normandy. It was the most sophisticated...
Topic: WWII World War II Deception Espionage Spies D-Day Operation Fortitude Nazi Allies Double Cross

The Overlook Hotel in Stephen King's THE SHINING and DOCTOR SLEEP ... The Belasco Mansion in Richard Matheson's HELL HOUSE ... Hill House in Shirley Jackson's THE HAUNTING OF HILL HOUSE ... All famous (or IN-famous) haunted houses. And now another name must be added ... a hotel located somewhere in a remote location on the Fens. A location where, even long before this hotel was built, seemed cursed. Check in ... if you dare ... A series of creepy yet mesmerizing ghost stories by Daisy Johnson...
Topics: BBC, BBC Reading, BBC Readings, horror literature, haunted hotel, haunted house, supernatural,...

International Tool Catalog Library
Meet the Mechlins : A Special Study for Both Buyers and Users of Wrenches
by Blackhawk Manufacturing Co.
texts

This audiobook has been uploaded completely for reference and is by no means intended to promote any political ideal. " The Doctrine of Fascism " is an essay attributed to  Benito Mussolini . In truth, the first part of the essay, entitled " Idee Fondamentali " (Italian for '"Fundamental Ideas"') was written by philosopher  Giovanni Gentile , while only the second part ( "Dottrina politica e sociale" ) is the work of Mussolini himself. [1]  It was...
Topics: politics, fascism, italy, mussolini, benito mussolini, axis, 1920s, 1930s, world war 2

The Postman is a post-apocalyptic science fiction novel by David Brin. In it, a drifter stumbles across a letter carrier uniform of the United States Postal Service and, with empty promises of aid from the "Restored United States of America", gives hope to an Oregon threatened by warlords. Wiki
Topics: David Brin, Science Fiction, Audiobook, Novel

The End of the World began on a Thursday night in October, just after eight in the evening... The Amok is driving people out of their minds, turning them into zombies and causing riots in the streets. A solitary diner leaves a Cardiff restaurant, his mission to protect the Principal leading him to a secret base beneath a water tower. Everyone has a headache; there's something in Davey Morgan's shed; and the church of St Mary-in-the-Dust, demolished in 1840, has reappeared - though it's not due...
Topics: torchwood, audio, doctor who, torchwood audio

Folksoundomy: Audio Books
Technology of The Gods: The Incredible Sciences of the Ancients
by David Hatcher Childress
audio

Popular Lost Cities author David Hatcher Childress takes us into the amazing world of ancient technology, from computers in antiquity to the flying machines of the gods. Childress looks at the technology that was allegedly used in Atlantis and the theory that the Great Pyramid of Egypt was originally a gigantic power station. He examines tales of ancient flight and the technology that it involved; how the ancients used electricity; megalithic building techniques; the use of crystal lenses and...
Topics: Audiobook, Book, David Hatcher Childress, History, Archaeology, Technology, Flight, Warfare, Power...

Spy Station Special Part 2 & 3 The "Koph" of Germany Jochen Schafer is our special producer for these two parts of the Spy Station Special. In his two shows he features rare recordings of number stations, specialising in German number stations.  These are from April 2005 and whilst accurate at the time some websites mentioned may no longer exist.
Topics: numbers, spy, shortwave, stations, espionage, cia, mossad, german

Award-winning writer and broadcaster Andy Hamilton is a familiar and much-loved voice on Radio 4's The News Quiz, the cynical and world-weary Satan in Old Harry’s Game, and co-creator of TV hits including Outnumbered and Drop The dead Donkey. Now for the first time on Radio 4 Andy presents a collection of personal observations and anecdotes about both his life and his 40 years working in TV and radio.
Topics: Comedy, Stand-Up

Small Scenes is a sketch show which features overblown, melodramatic scenes from modern life. Almost all the sketches are set to music in some way which means that each sketch sounds like an atmospheric excerpt from an odd story. The series also has some animations published online to accompany it, which are drawn by Henry Paker and animated by Ed Tracy (who directed Fonejacker and Facejacker).
Topics: Comedy, Sketch Show

ABOUT THE BOOK February 1945. The Allies have advanced to the banks of the Rhine, while the Russians are poised to enter Germany from the east. In his bunker in Berlin, Hitler makes a deadly decision: to deploy the V3, a secret weapon that is being constructed by slave labourers beneath the Channel Island of Alderney. June 1990. Workmen digging the foundations for a new hotel on Alderney start to fall sick. Their illness is similar to that suffered by many islanders over the past half –...
Topic: Adventure Thriller

Captain Kremmen   was a   science fiction   radio serial set in the early 21st Century. (The pilot opens in 2005.)  It was written and performed for   Capital Radio   by the DJ   Kenny Everett , and was also broadcast on Liverpool's   Radio City   and Nottingham's   Radio Trent . It featured the eponymous vain and dim-witted   spaceship   captain.  Everett took the name Kremmen from a record label owned by the son of comedian   Mel Blanc .  Each episode began with a recap by...
Topics: Kenny Everett, Captain Kremmen

Vent Dark comedy series about a man lying in hospital in a coma, who lives out a fantasy life of his own creation while his family argue over him from the real world Starring Neil Pearson as Ben Smith, Fiona Allen as Mary, Josie Lawrence as Mum and Leslie Ash as Blitzkrieg. With Mark Perry, Dave Lamb, Jo Martin, Tim Whitnall, Hils Barker and Kim Wall. Producer: Gareth Edwards First broadcast on BBC Radio 4 in July 2006.
Topics: BBC R4 Comedy, Vent

Welcome To Wherever You Are is a truly global stand-up show, in which comedians perform from wherever on the planet they happen to be, via high quality phone lines and internet video. The pilot featured award-winning comedians in Jakarta, St Petersburg and Los Angeles. Between them the subjects covered included the things people don't know about women who wear the hijab; the absolutely nonsensical phrases the English use; and the benefits of being gay in America.
Topics: Comedy, Stand-Up

Created on
May 2
2020
HonorableCicero
Member
VIEWS